Florida State University is a growing campus of almost 500 acres in Tallahassee, the state capital. As new buildings come on line the HVAC load to serve those buildings also requires expansion, which is why the school built a new satellite chiller plant in 2008. Located close by the school’s medical school, the new satellite chiller plant comes with Trane supplied chillers, Taco pumps, and a custom built Taco 4900 Series Air-Dirt Separator, the biggest unit Taco has built to date. 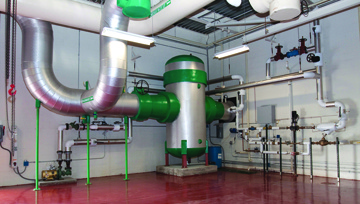 The custom built 4900 Series Separator is a successful replacement for conventional separators which failed to perform adequately. 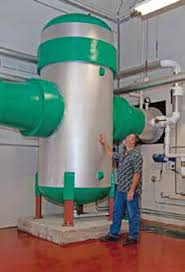 The satellite chiller plant is connected to the central energy plant and serves as a “stage” plant to provide chilled water for air conditioning needs on campus. It is connected through a 1 ½ mile underground piping loop. Equipped with three 1500 ton, 200 HP Trane centrifugal chillers (plus one as backup), the plant also comes with six 200 HP Taco TA pumps, multi-purpose valves, suction diffusers, a CA expansion tank and ABB VFD units to control the pumps.

The custom Taco 4900 Series system installed in the satellite chiller plant by Vause Mechanical of Tallahassee, has a 30” inlet pipe diameter and will handle up to 19,200 GPM when the entire plant is operating at full capacity. However, the 4900 Series unit actually operates more effectively at part load conditions because the lower flow rates allow for greater air and dirt removal. The 4900 is installed in a variable flow system which can handle flow rates of 3,200 (pump design x 6), given the six Taco TA pumps.

According to Keith Vause, who describes himself as “a Taco man through and through,” the FSU 4900 is the “biggest one we’ve ever installed,” and Vause Mechanical has installed thousands of air separators over the years. Because of its sheer size the 4900 was delivered and installed when the chiller plant slab had been laid and the building shell was still open. “It’s a monster,” is the way Keith describes it. Factory representative for commercial systems, Florida Hydronics of Jacksonville has a long history of association with both FSU and Vause Mechanical and was instrumental in introducing the 4900 Series and its capabilities. Conventional separators had failed to keep up with dirt and sand in the school’s HVAC system and the school was looking for a more capable unit for the new satellite chiller plant.

Taco’s highly efficient 4900 Series, available in both air and air-dirt models, has been designed and constructed to ASME code. Each 4900 Series unit comes with integral PALL ring technology. PALL rings are used in the processing industry to mix gases with, or to separate gases from liquids. The use of PALL rings in hydronic air separation is unique and patented. Taco is the only U.S. manufacturer to employ PALL ring technology in its air separators. 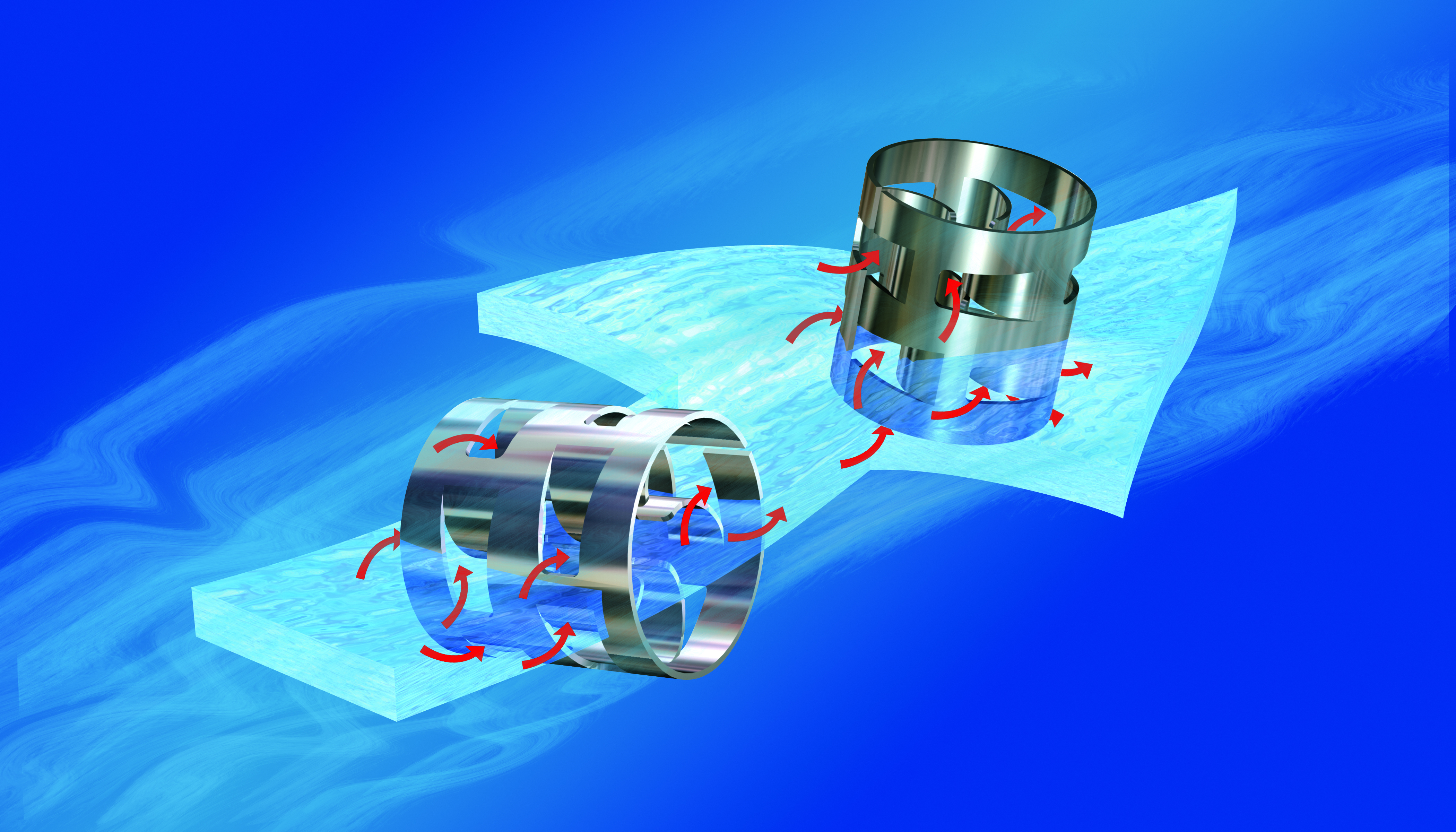 The 4900 Series will clear a system of microbubbles, sand, dirt and corrosive rust. While air bubbles are separated by the PALL rings through a process known as coalescence, dirt particles get caught and sifted to the bottom of the tank where they can be removed through a blowdown valve. A flushing cock allows the PALL rings to be cleaned for maintenance purposes, and the ring basket can be removed from the unit by one person on units with removable covers. 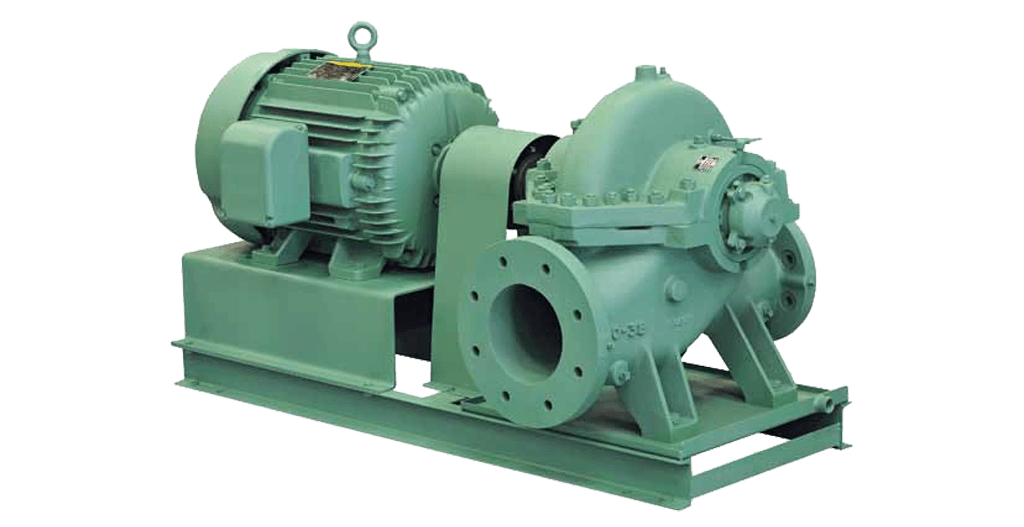 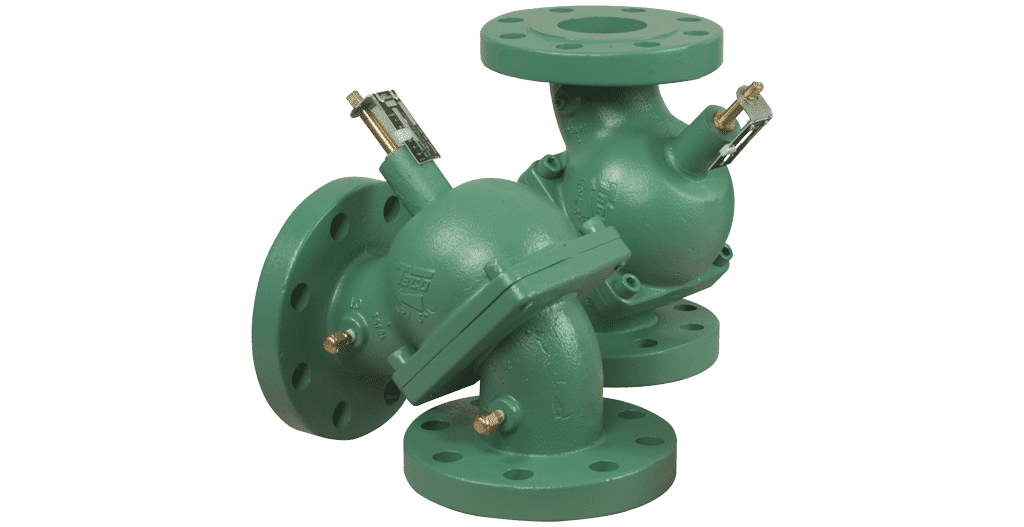 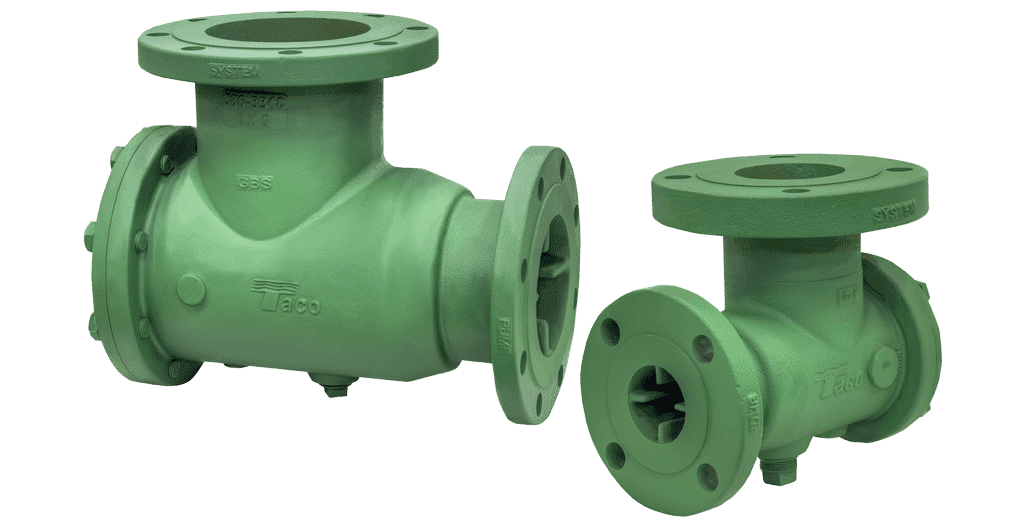 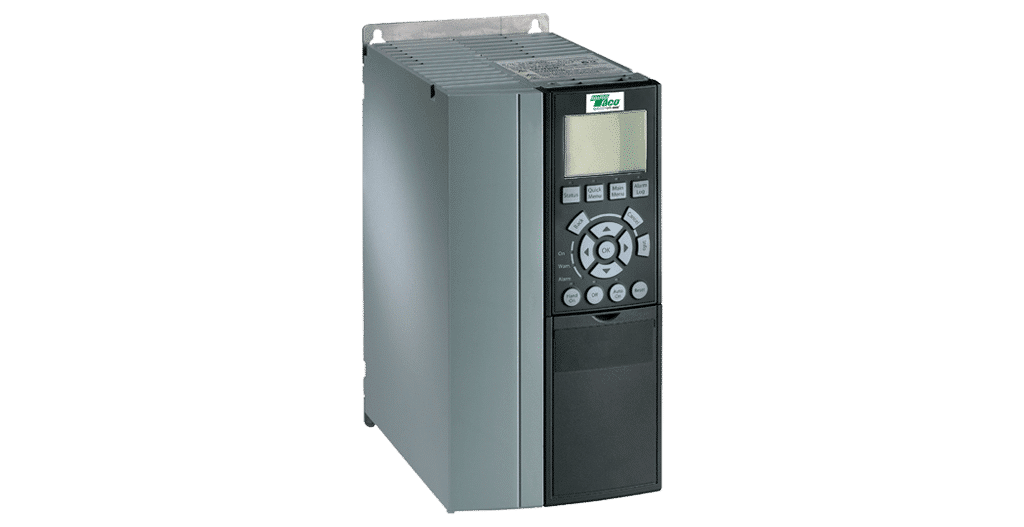 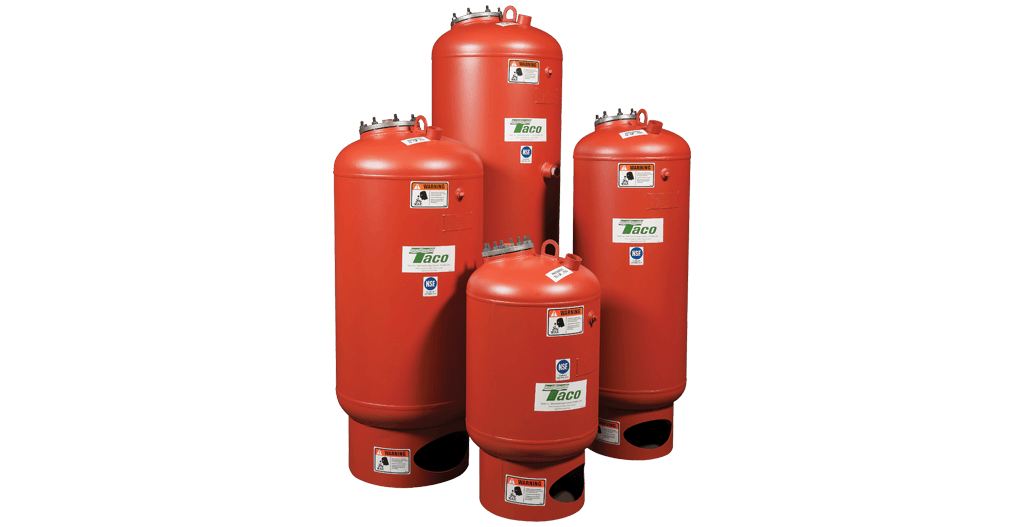 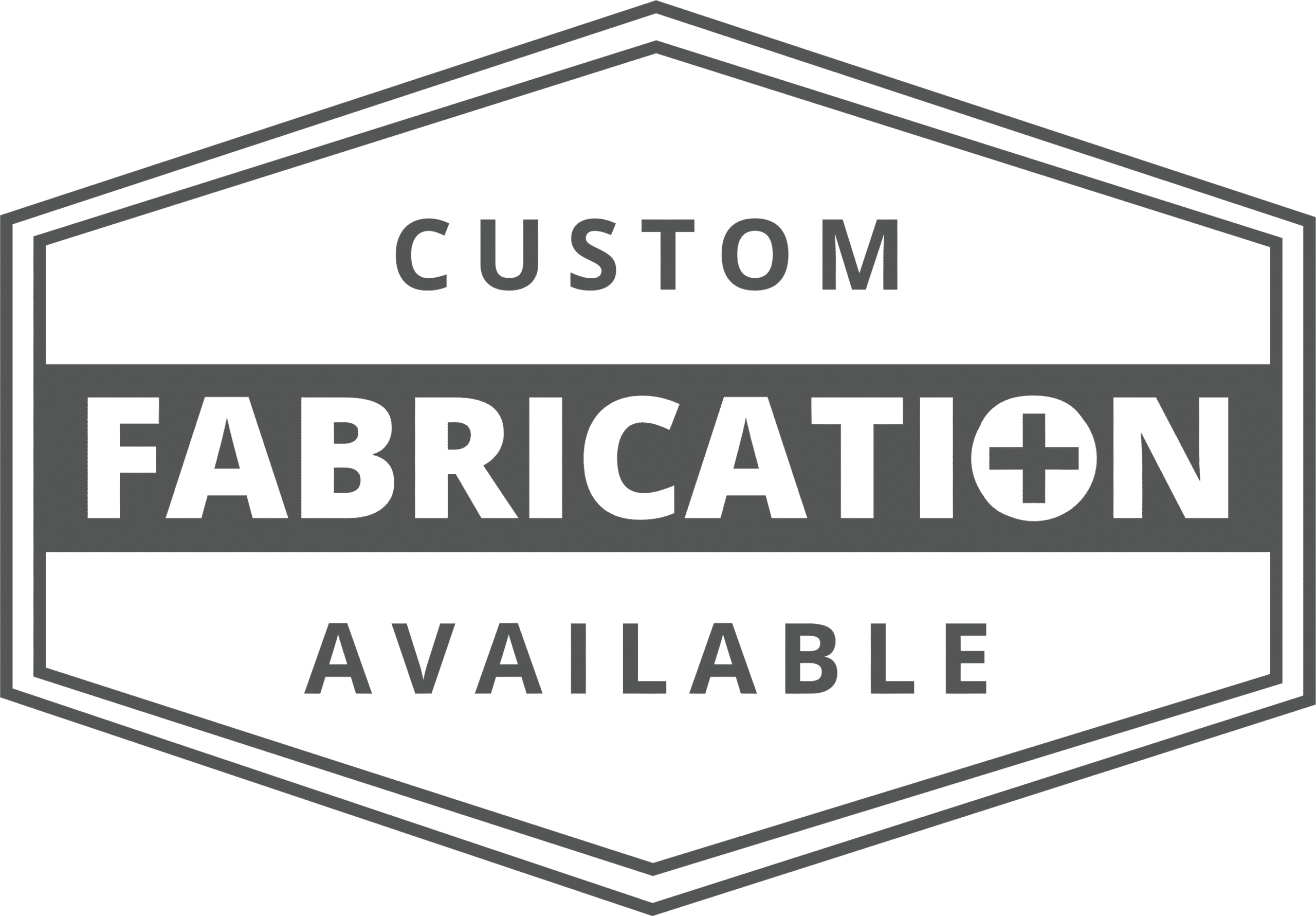 In the case of the FSU satellite chiller plant, the custom 4900 Series is an air-dirt version. Robert Vaughan, the school’s Utilities Superintendent, reports that the unit gets quite a regular workout: “Several months after installation,” Vaughan says, “the unit was blown down for the first time and three wheel barrels of sand were removed from the separator.” The large amount collected was the result of an in-rush of sand into the 4900 Series, where previously sand had collected in various parts of the system.

“We perform a weekly blow down and continue to remove a significant amount of sand and dirt each time,” says Vaughan. “This sand and dirt used to typically get clogged in strainers, air handlers, valves, etc. But there has been a significant reduction in maintenance calls because now we have a central point of cleaning. We’ve been very impressed with the performance of our 4900 Series unit. It works great.” 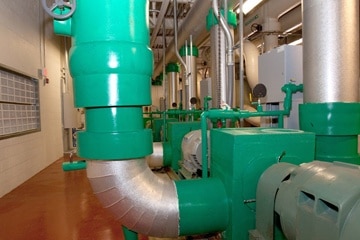