Taco, Inc. has been manufacturing in the same building, a converted trolley car barn in Cranston, RI, since 1954. For decades the plant operated in the summer months without the benefits of air conditioning. Over the years the lack of conditioned make-up air created negative pressure inside the brick building and caused a myriad of problems affecting air quality, productivity and especially paint operations.

To cope with the heat and humidity during the summer large fans would be positioned at either end of open bays in an attempt to keep things cool, but the brick walls held the heat like an old brick oven. Clearly the company needed a system to draw in conditioned outside air….MORE

Click here or on the photo for a PDF of the entire article. 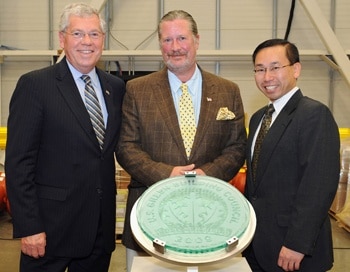 Hydronics Trends: Whole-System Comfort From the March 4 2013 issue of TheNews by Angela D. Harris The application of wet heat technology has...

END_OF_DOCUMENT_TOKEN_TO_BE_REPLACED

Orleans Elementary School Located at the “elbow” of Cape Cod, where the peninsula points north, is the quaint seaside town of Orleans, Mass....